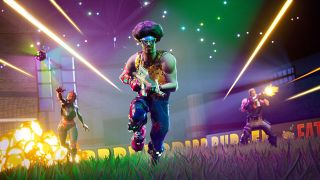 Fortnite developer Epic has announced the temporary closure of the game’s sandbox mode, Playground, to take place on July 12.

Allowing players to test out the game’s controls and building mechanics in a less pressured environment, the new 4-player Playground mode has already fostered a budding crafting community, and offers a more casual experience than the game’s hyper-competitive Battle Royale mode – in which 100 players battle to be the last one standing.

It’s not all bad news, however, as Epic promises the mode will be back soon with a host of new improvements.

Epic took to Reddit to run through some of the expected changes, including the ability to select 1v1 or 2v2 teams, and see markers for teammates on the in-game map.

Players will also be able to ‘edit’ other players’ structures – while a new aim assist should help newcomers getting to grips with the game’s controls.

The current top-voted comment on the Reddit thread calls for an additional ‘keep loot’ option, so that players can carry their spoils across from one session to another.

There’s no firm date for Playground’s return, but given that the mode's only been online for a few days so far, we're hoping we won't have to wait too long...