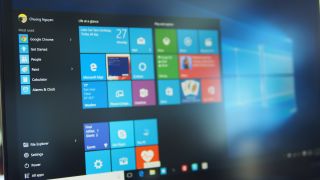 Windows 10's first major update, also known as Threshold 2 or the Fall Update, is ready for users to download starting today. Microsoft is making the Windows 10 November Update free for users, and the upgrade will be available as a download through Windows Update.

"Today, we reach our next milestone as the first major update to Windows 10 is now available for PCs and tablets," said Terry Myserson, Executive Vice president of the Windows and Devices Group at Microsoft, in a statement.

The update brings new features that Microsoft has been testing in its public beta program with Windows Insiders. Additionally, there are now more features targeted to business. Microsoft also announced that Windows 10 will start rolling out for Xbox One owners today. Windows 10 will soon be available for smartphone owners, but Microsoft did not give specific timing for when Windows 10 Mobile will launch.

Boost in stability and performance

Microsoft is trying to make Windows 10 as compelling as possible to users of older Windows operating systems. With the update, Microsoft claims, Windows 10 will boot 30% faster than Windows 7 on the same device.

"We have reached the point in the platform's maturity where we can confidently recommend Windows 10 deployment to whole organizations," Mr. Myerson said.

For digital pen users, Cortana will also understand your handwriting in addition to your voice. In the Cortana notebook, you can scribble down information, and Cortana will be able to recognize written phone numbers, email addresses and physical addresses. The digital assistant can keep track of events and movie tickets, send you reminders to arrive on time and can even call an Uber to get you there.

Additionally, Cortana will be coming to more markets, helping users in Japan, Australia, Canada and India stay on task.

Microsoft Edge will also get some new features. Edge will come with additional security and performance improvements along with a new feature called tab preview.

Tab preview allows you to get a preview of a website by hovering your cursor over the tab. Edge's improved integration with Cortana will also help you save money when you shop, notifying you of coupons and offers from retailers like Staples, Macy's and Best Buy.

The update also adds new business features to make it easier for IT administrators to manage Windows 10 deployment. Windows Update for Business provides more control on how future Windows 10 updates are deployed in an organization, while the Windows Store for Business helps organizations distribute enterprise apps to devices.

Also, given the rise of the BYOD movement, Microsoft's Enterprise Mobile Device Management software helps organizations manage the entire suite of Windows devices, including PCs, tablets, phones and Internet of Things (IoT). Azure Active Directory Join allows users to have one login for all Windows devices.

Microsoft is also currently testing enterprise data protection, which will help protect businesses from data breaches. The software will create separate containers for personal and for business data, but Microsoft didn't give a timeline on when the final software will be ready.

And to address earlier concerns with data collection and user privacy, the update allows Windows 10 enterprise users to turn off the collection of all telemetry data. However, Microsoft advises users against using this function, "as this data helps us deliver a secure, reliable, and more delightful personalized experience," Mr. Myserson said.