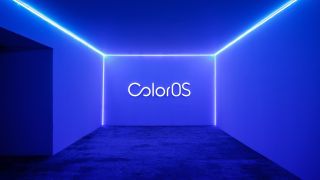 Oppo had the overseas unveiling of ColorOS 7 in India today, where all the new features, design and rollout schedule details were shared for upcoming smartphones.

The software skin on Oppo’s smartphones was often considered to be a little out of place in otherwise good offerings. With ColorOS 7, it aims to improve that while bringing loads of optimizations and new features that should make it to most upcoming and existing smartphones from the Chinese manufacturer.

There are over 300 million active ColorOS users across the world, spread over 140 countries, and using it in 80+ languages. For its latest iteration, the focus was on providing a “Smooth and Delightful” experience that delivers consistent performance, is stable across the board, and doesn’t chug on the battery. This included significant facelifts to the design, security, and customizability aspects with ColorOS 7.

When is ColorOS 7 coming for your Oppo phone?

Oppo mentioned that the most significant update to ColorOS would also be its biggest software rollout, covering almost its entire current portfolio. ColorOS 7 based on Android 10 limited trial will start in November itself, and will eventually be available for more phones. We also expect upcoming high-end Oppo phones to run on the latest software skin.

The first wave of phones includes the Reno and the Reno 10x Zoom Edition, which will be eligible for the update starting November 26.

That will be followed by the Reno2 and the F11 series, in December of this year.

Realme is working on its software skin called Realme UI, which will be based on ColorOS 7 built atop Android 10. The beta program for the X2 Pro users commences on November 27.

The public rollout will start early next year, starting with the Realme XT and 3 Pro in January, the X and 5 Pro in February, the flagship X2 Pro in March, the 3 and 3i in April, the 5 and 5s in May, the 2 Pro in June, and the C2 some time in the third quarter of 2020.

Let’s start with what has been redesigned for a better visual experience. The quick settings in the notification pull-down will now be borderless and have a more straightforward design. Even the rest of the icons have been made simpler and follow dual-tone Material design guidelines. The shapes and sizes of these icons can also be customized. The volume control pop-up is now vertical and will appear closer to where the volume rocker is located.

To reduce eye fatigue, all system colors have been made slightly less saturated and with higher contrast. A new batch of dynamic wallpapers has been added which respond to your touch or the time of the day or your surroundings.

On the audio front, Oppo has partnered with Epic Sound to reimagine all interactions. Backed with improved haptics, all touches, slides, and toggles will respond with new sounds that make more sense and are pleasing to the ear. Alarm tones can be adapted to the weather, too, where the regular music will have a layer of the rain or wind sounds with it.

The interface has also been simplified and made more consistent across various pages and system apps. They mentioned how specific tasks that would take 4-5 steps to reach will now be in the form of a “Modal page,” which appears as a floating interface from the bottom and can be dismissed with a swipe down or elaborated with a swipe up.

Oppo introduced 3-finger swipes for screenshots back in 2014. Now, it is being taken to the next level where the screenshot can be directly shared by a swipe down on the preview, and extended by a swipe up. For taking screenshots of specific regions, a 3-finger swipe follows by a long press will select only the part that is swiped.

Catching on to the current year's trends, a system-wide dark mode is also available now whose contrast changes with the time of the day. Oppo calls it “All-day-comfort dark mode.” This dark mode can also be used in tandem with eye protection mode. According to them, most users spend only about 10% of the time on the home screen and system apps. So they optimized multiple third-party apps to display in dark mode, such as Facebook, Messenger, Instagram, Twitter, WhatsApp, and YouTube. It is supposed to save battery consumption by 38%.

Animations also get a facelift with the new “Quantum high frame rate animation” package, which is supposed to make animations and transitions more fluid. We expect this to be a crucial part of Oppo’s upcoming phones with high refresh rate displays. These transitions can also be canceled halfway through.

The VOOC charging animation will also be updated to make it more exciting and visual.

Universal themes will be made available in the coming months, along with a theme editor for creators to upload their designs easily. There will reportedly be a relatively large collection of free themes.

In terms of performance, users are likely to judge the responsiveness of a skin based on app launch times, switching between apps and gaming. ColorOS 7 has been optimized to improve performance across all of these fronts.

Opening apps again has been made 25% faster thanks to Cache preload, bringing it up to the same level as bringing an app up from memory. Once open, apps will sustain peak performance via oMem Priority Management, which increases RAM utilization by up to 40%. This effect will carry on to gaming, where oSense CPU Scheduling will bring the average framerate up by 19% and improve touch responsiveness by 15%. Lastly, UFS+ Anti-aging solutions will use hardware and software optimizations to reduce app fragmentation over time.

ColorOS 7 also brings updates to privacy and data security. For apps that require individual specific permissions, it will workaround that by sending dummy or empty information. For example, if a third-party requests access to your contacts, you can use Personal Information Protection to send made-up empty contacts instead of your actual contacts.

App lock and Private space are still around and can be locked with a password, PIN, fingerprint, or even your face.

New features have also been brought to the photography experience, with AI Beautification 2.0 for better matching the filters to the environment and the subject’s skin tone, Ultra Dark mode for better photography in dark scenarios while reducing noise and improving the brightness for an overall sharper image. An Ultra Steady will also be added for action videography.

To cater to the rising trend of short-form videos, vlogging, and social media, ColorOS 7 will come bundled with a video editor called Soloop, which offers templates, music, filters, editing and subtitling capabilities.

Oppo is also working in collaboration with Google’s CameraX project, which lets third-party app makers better optimize their in-app cameras to make better use of the phone’s camera capabilities in aspects such as HDR, shutter speed and AI Beautification.

ColorOS 7 also brings some features specifically for the Indian market. DigiLocker, which was a part of the Government’s Digital India scheme, will also be natively present, making Oppo the first smartphone manufacturer partner for this initiative. This DocVault is private, secure, encrypted, and can hold soft copies of your relevant documents.

Other India specific additions include a Riding mode, which puts your phone on DND mode and blocks all notifications except those apps which are whitelisted.

Music Party will let multiple users play the same songs together in a synchronized fashion. To use it, select the option which will show a QR code, which other ColorOS 7 users can scan and join.

Lastly, we also get some digital wellbeing features such as a Focus mode, and Oppo Relax, which will come next year.