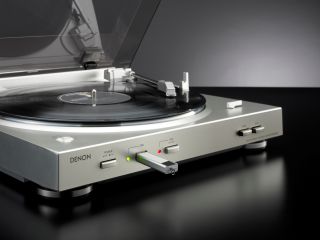 The demand for vinyl and turntables is increasing, according to a new report, proving that while CD sales are falling fast, it's not just digital downloads that are replacing them.

The old-school format trend has been particularly evident in New York, where audio outlets are reporting massive increases in the sales of both the LP and the turntables to play them.

Nielsen Soundscan claims that more than 2.1 million vinyl records had been sold so far this year in the US, up 35 per cent on 2008, and the highest figure since figures began in 2001.

"It's all these kids that are really ramping up their vinyl collections," Rachelle Friedman of J&R Music, which carries 21 different analogue and digital turntables, told the New York Times.

Sales of turntables have risen proportionately, but in many cases they're more complex beasts than the Dansette of yore. Most can be hooked up to computers, allowing users to rip the music to hard drives and portable devices.

Some are more DJ-driven, letting users mix vinyl live with music from an iPod. Some stores, such as Best Buy in the US, even now have areas where customers can test drive turntables and other DJ gear.

So maybe it really is finally time to get those old disco LPs out of the attic again.