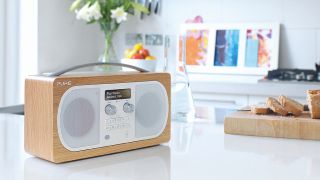 Norway will be the first country to shut off FM radio and make the digital switchover to DAB. Starting on January 11 2017, the switchover is aiming to be complete by December when FM will be no more.

There are a few good reasons to bid adieu to FM, not least because it costs eight times more to run. the switchover is set to save the country around £35 million according to a statement from the Norwegian Ministry Of Culture, notes Radio.no.

The good people of Norway will also be able to listen to more stations on DAB than was possible on FM, too.

It's been 20 years since the country first started using DAB which, let's face it, is fair warning. Norway managed to make it over the digital radio finish line first because it has a relatively low population - it's likely to be a good few years before the UK, US and other larger countries are able to follow suit.

The UK was originally meant to start switching FM transmissions over to DAB this year, but the project has been pushed back until somewhere between 2017 and 2019. It's got its fair share of problems to figure out before then.