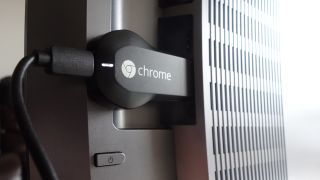 Google might soon have two new Chromecast devices for you, and one of them could be just for music.

While 9to5Google reported earlier that a next-gen Chromecast would be announced later this month, another report has emerged from the site saying that Google will also be launching another Chromecast which will be called 'Chromecast Audio'.

Citing "sources familiar with Google's plans," the report says that this new Chromecast Audio, codenamed 'Hendrix', is "targeted specifically at WiFi-enabling the speakers in your home."

It will connect to speakers using a 3.5mm headphone cable that will likely come with the device, and will allow for multi-room support.

It can also mirror audio from your phone's Chrome browser and should also support Spotify.

Now, we suggest taking all this with a grain of salt until Google does make its announcements during its scheduled later this month on September 29.