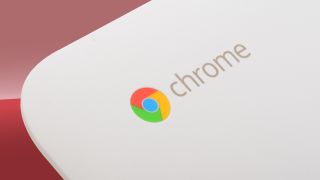 Apple's head of marketing has claimed that only its products are useful as educational aids.

Speaking to CNET following the launch of the new MacBook Pro, Phil Schiller declared that iPads are the “ultimate tool for a child to learn on" compared to competing devices such as Chromebooks.

And despite the growing popularity of the devices in schools and univerisites, Schiller declared that kids with Chromebooks are “not going to succeed.”

“Kids who are really into learning and want to learn will have better success," Schiller said. "It’s not hard to understand why kids aren’t engaged in a classroom without applying technology in a way that inspires them. You need to have these cutting-edge learning tools to help kids really achieve their best results."

"Yet Chromebooks don’t do that. Chromebooks have gotten to the classroom because, frankly, they’re cheap testing tools for required testing. If all you want to do is test kids, well, maybe a cheap notebook will do that. But they’re not going to succeed.”

Schiller later attempted to backtrack from his comments, tweeting that Apple was also providing children with “content, curriculum and tools.”

Apple has increasingly tried to push its products as education-friendly over the past few years, but the high price point and fragile build often holds many schools back.

On the other hand, Chromebooks have become increasingly popular in educational institutions due to their lower cost and higher durability than Apple devices, which often come in at two or three times the price.