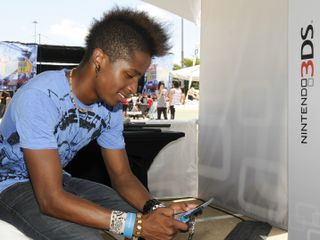 Damn you, 3DS! This is all your fault

It hasn't posted an annual loss for over thirty years, but Nintendo's losses for the whole financial year, which ends in March, are now expected to come in at 65 billion yen - more than triple its earlier prediction of a 20 billion yen deficit.

2011 was a trying year for Nintendo as it contended with a strong yen and its 3DS handheld failed to capture people's hearts and wallets despite hefty price cuts.

The company now expects full-year sales of the Nintendo 3DS to come in at 14 million units.

As for the Wii, in the nine months up to the end of 2011 Nintendo managed to shift 8.96 million consoles which is down 35 per cent year-on-year - but isn't all that bad considering it's now five years old.

Nintendo will no doubt be pinning its hopes on the Nintendo Wii U to revitalise its finances - unfortunately the company revealed that it won't be launching the wild-card console until the holiday season in the last quarter of the year (October - December 2012).