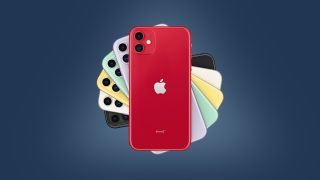 Getting a new iPhone for your workforce could soon get a lot cheaper thanks to a new initiatvie from Barclays.

Barclays Partner Finance is offering consumers a 24-month, interest free loan to fund the purchase of a new iPhone as it claims there is significant confusion about the total cost of purchasing a new mobile phone.

The firm says 45 per cent of UK mobile users keeping the same tariff after their minimum term has expired without upgrading or renegotiating. The total cost of doing this over a seven month period is £121.

Part of the issue, Barclays says, is that 20 per cent believe the only way to buy a handset separately from their SIM is to pay for it outright. This makes spreading the cost more appealing to half of UK mobile users despite an acknowledgement that this is more expensive in the long term.

Other barriers found by the research include a desire for convenience and not shopping around to find the best deal. Almost half (46 per cent) don’t do so because they don’t believe they will find a better deal.

Barclays says its interest-free loan could save customers up to £270 on the cost of an iPhone 11 over a two period. That saving assumes an existing iPhone is traded into Apple and an unlimited data contract is taken out.

The rising cost of smartphones, coupled with a perceived lack of innovation and market saturation, is one of the reasons given for slowing growth in the sector. Operator subsidies on devices are shrinking and mobile phone retailers such as Carphone Warehouse have been hit by the growing popularity of SIM Only contracts. This has led to some manufacturers to offer financing and trade-in programmes to assist with the purchase of a new device.

O2 is notable in that its ‘Refresh’ plans separate the airtime and device components of a monthly tariff.

EE, O2 and Vodafone have promised to apply automatic discounts to expired contracts from February, but Three has so far resisted calls to follow suit.