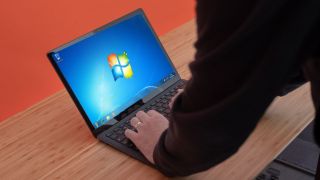 The German federal government will pay at least €800,000 ($886,000) to Microsoft this year in order to keep its remaining systems running Windows 7 updated and patched.

Now that Windows 7 has reached end of support (EoS), Microsoft will no longer provide free security updates and bug fixes for the operating system which is why Germany will pay such a large sum to keep over 33,000 government workstations still running Windows 7 secure.

ESU updates cost between $25 and $200 per workstation depending on whether a company is running the Enterprise or Pro version of Windows 7 and the amount of time they'll need the updates for.

Organizations that continue using Windows 7 without signing up for ESU are putting themselves at significant risk. Microsoft even went as far as to use fullscreen pop-ups to convince home users and small businesses to upgrade to the latest version of Windows.

The German government began the process of migrating to Windows 10 in 2018, according to a report from the German newspaper Handelsblatt. The publication also revealed that in Berlin alone, the local government runs 20,000 Windows 7 systems.

Unfortunately though, not all users are eligible for Microsoft's ESU program as the company has limited it to large clients and because of this, all other users should upgrade to Windows 10 as soon as possible.

The German government isn't the only one paying a large sum to have its remaining Windows 7 machines covered by the ESU program as a report has revealed that Ireland's Health Service Executive will pay €1.1m ($1.2m) in 2020 and 2021 for security updates for 46,000 computers.