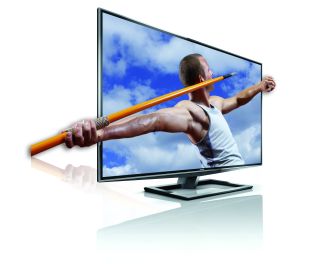 Toshiba has announced that UK pre-orders for the Toshiba ZLT glasses-free TV have begun with the TV set to come out 12 March.

The television was first shown off at IFA 2011, where Toshiba asked everyone to ditch their glasses in favour of its new autostereoscopic technology.

The company has been a little quiet about the TV's availability in the UK but announced at its Partner Summit, with TechRadar in attendance, that the TV's will be in one in March and that John Lewis is the exclusive partner, with only the Oxford Street branch getting the television for now.

The Toshiba ZLT is a 55-inch television, which ditches the 3D glasses. It does this by offering up glasses-free 3D images, delivered through a combination of Tosh's innovative display technologies and CEVO ENGINE multi-core processing platform, according to Toshiba.

Even though it is exclusive to John Lewis, it's been confirmed that Dixons in Harrods will be getting their orders in just a week later.

Price-wise, you are looking at a whopping £6,999. Toshiba told TechRadar this isn't a TV for the mainstream, more of statement.

With that price, it can't be anything less!.