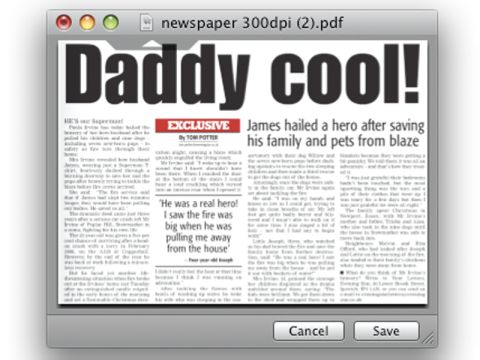 VelOCRaptor's a worthy project, but for now it's too choosy to be an everyday practical aid

While the wisdom of naming an application after an unfriendly dinosaur may be questioned, VelOCRaptor is an interesting project.

Based on the OCRopus engine developed for Google Book Search, it's a simple drag-and-drop tool that the makers acknowledge is a "work in progress". You can even use its website to vote on the new features you'd most like.

In other words, this software doesn't claim to be your all-powerful OCR (Optical Character Recognition) tool, which is probably a good thing, because in our tests it didn't emerge as terribly powerful.

It converts scanned images to PDFs; you then copy any text it has recognised out of the PDF, or from within the app itself. Unfortunately, results are very mixed, even at the 300dpi resolution that the producers recommend.

With our most complex document – a newspaper page – VelOCRaptor scored reasonably on textual accuracy, but the multicolumn layout was completely lost in the transition to PDF format.

With a page of an old book, there were so many mis-recognised characters that the output was useless.

And with a PDF document, VelOCRaptor perversely converted the text within an embedded image fine, but turned the text itself – selectable in the original – into an image!

VelOCRaptor only works with Mac OS X 10.5; as MacFormat went to press, it wouldn't play with Snow Leopard either. VelOCRaptor shows promise, but further evolution is sorely needed.