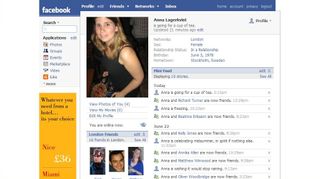 Attempts by researchers to replicate the results of a Ohio State University study that suggested Facebook use is related to lower academic achievement at college failed to find a relationship between the site and poor grades.

Last month's scare story - that a survey of 219 undergraduates found that the Facebook users scored a grade lower than non-users - was apparently only a preliminary, unpublished study.

Eszter Hargittai, associate professor of communication studies at Northwestern University, went back and examined relevant information from three existing data sets: a sample of over 1,000 undergraduates at the University of Illinois; a nationally representative cross-sectional sample of 14- to 22-year-olds; and a nationally representative longitudinal panel of American youth aged 14 to 23.

"We found no evidence that Facebook use correlates with lower academic achievement," said Hargittai. "I suspect that the basic Facebook use these studies measure simply doesn't have generalisable consequences for grades."

According to the new study, the criticisms of social networking sites are 'reminiscent of those cast on earlier new media, including TV and motion pictures.'

We're sharpening our pencils for the 'Twitter gives you cancer' story right now.