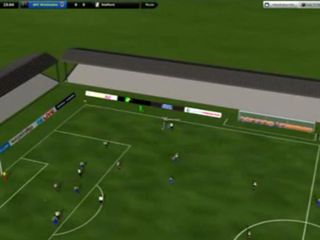 Everton FC has become the first Premier League club to not only admit using the Football Manager database to learn about prospective players, but to sign an exclusive deal for access to it.

SEGA and Sports Interactive, the developers of FM, have announced the deal with Liverpudlian club Everton, meaning the team will be able to use the 1,000-strong scouting network for player recruitment.

Many lower league clubs have been unofficially using the software to learn about new players, which has tipped the likes of Wayne Rooney and Ashley Young, current England squad members, as players for the future in previous iterations.

"We've known for a while that teams use the game to research certain players, whether to buy or to check out the opposition, but this formal recognition by a premiership team is fantastic and we are sure it will prove a fruitful one for the Everton FC," said Sports Interactive studio director Miles Jacobson.

The 1,000 strong team working for the game is larger than any scouting network a single club has, with top clubs only employing around 500 scouts worldwide.