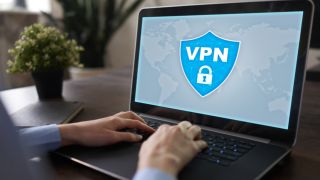 The way you behave online is heavily influenced by where you are located and local online alert cues, new research has claimed.

The researchers recruited paid volunteers from Amazon Mechanical Turk to answer a few questions regarding their online behaviors in a coffee shop, a university, an AirBNB and at home.

Three other variables included using a VPN (clearly labelled via a VPN icon), a terms and conditions window (as found on most public Wi-Fi) and no cue.

The results were unsurprising: add a VPN logo or a T&C makes people more likely to disclose information or behave unethically. People are also more likely to behave in public spaces like a cafe.

The authors had a few words of advice for VPN providers, some of which have already been implemented. "For example, we suggested that designers could incorporate cues such as, 'Warning: this is a public network,' or 'VPN: anonymous browsing,'" said Maria Molina, one of doctoral candidate in mass communication who worked on the project.

"These results indicate a need to leverage the positive heuristics triggered by location, VPN logo and a terms and conditions statement for ethical design practices," added S. Shyam Sundar, James P. Jimirro Professor of Media Effects, who worked the project.

Results of the study came only days after NordVPN, a VPN provider, was criticised by the regulator for UK’s advertising industry for producing an advert that, in a nutshell, claimed that public Wi-Fi was inherently insecure.