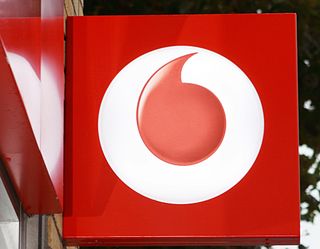 Vodafone is to investigate options for its mast tower infrastructure and its operational structure as it seeks to make €1.2 billion in cost savings.

Revenues fell by 5.5 per cent to €21.8 billion over the past six months as the company recorded a loss of €7.8 billion. Much of this can be attributed to an asset writedown in Spain, Romania and India, as well as a €3.4 billion loss from its Indian operations after it merged with Idea Cellular.

More encouragingly for investors, service revenues increased by 0.8 per cent and Vodafone maintained its dividend.

The results were the first to be presented by new Group CEO Nick Read, who replaced Vittorio Colao earlier this year, and he said he wanted to simplify how the company operated.

“[This is] a good set of performances across the business,” he said. “Now we’ve done the portfolio transformation work, we can now see what we can do with regards to streamlining the business. We’re trying to get a better consistency of commercial performance going forward and we’re going to be simpler for customers in terms of prices and services.”

Vodafone has moved its network of 58,000 European masts into a separate business unit, which will see how these assets can be maximised. This could be through infrastructure sharing with other operators, or possibly opening up to other investors.

“The goal is to create an internal tower business within Vodafone,” explained Read. “Rather than being country-by-country they will report to an internal group because it encourages efficiencies of those assets.

“We’re more open to sharing passive infrastructure such as towers in urban areas and then outside more complex environments such as rural areas we’re open to RAN sharing for 5G.

“I think it’s important we retain control of those assets. Would we consider minority interest or specific formulas? Yes. [But] I think we’d be reluctant to lose strategic control.”

A major event during the reporting period was the Italian spectrum auction, which saw Vodafone pay €2.4 billion for 300MHz of airwaves in the 700MHz, 3700MHz and 26GHz bands. The sale process generated much more than expected, but Read doesn’t expect this to be replicated across Europe.

“We were very disappointed with what happened in Italy,” Read responded to TechRadar Pro’s question. “It was an artificial mechanism that drove an artificially high price. It was a populist move by a populist government. In other countries they’re more concerned about coverage obligations rather than price.”

“What they understand is that we are a sector of sectors an that we are encouraging economic growth. Most spectrum licences come with coverage obligations as [authorities] want to make sure it’s being used. All we ask is that they’re reasonable.”

More recently, the National Cyber Security Centre (NCSC) reportedly wrote to mobile operators urging them to ensure their suppliers for 5G network equipment are secure, suggesting that the rules for procurement could be about to change.

This was interpreted by some parties as a warning about the use of Huawei kit, however Read said Huawei was a key supplier for the industry.,

“Huawei is a very different case from ZTE [The NCSC has warned UK operators against using ZTE kit],” said Read. “We don’t really use ZTE equipment in our European networks, but Huawei is a major radio provider for the European sector. We have them in the radio transport layer and not in our core or security layers. It’s in the more neutral, passive part of hardware.

“Huawei is engaged with all the active security agencies in the UK and Europe and I think they’re doing everything they can to remain a serious and credible supplier to the industry.”