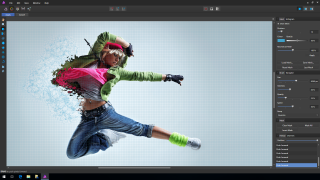 Serif has launched free trials of its Affinity Photo and Designer apps, offering 10 days of premium photo and vector editing for Windows users.

The Affinity suite is a low-cost alternative to Adobe’s Creative Cloud software, and was exclusive to macOS until late last year. Affinity Photo (a substitute for Photoshop) and Affinity Designer (an Illustrator analog) both arrived on Windows in November. InDesign alternative Affinity Publisher is due to complete the trinity later this year.