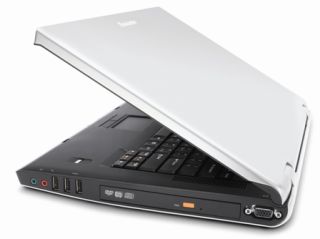 The majority of the world's computers will be of the portable kind in four years' time, research firm IDC predicts. With desktop shipments declining year on year, notebooks are expected to count for more than half of all PCs by 2011, according to a report released yesterday.

Desktop computer shipments grew by 2 per cent to 138.3 million last year, whilst notebooks (not including handhelds) rose by 26.3 per cent to 82.4 million, the report states.

In the US, notebook sales already outnumber sales of desktop computers. "In the United States, portable PC shipments will maintain double-digit growth through 2010, but this shift to mobility will not be enough to offset reduced demand for desktops," Doug Bell, IDC personal computing program analyst, said in a statement.

IDC added that the release of Microsoft 's Windows Vista operating system was likely to produce a temporary boost in desktop shipments later this year and into early 2008, but they will then continue to decline.

"While more replacements and Windows Vista adoption may provide a brief respite for desktops in 2008, essentially all desktop growth will occur in emerging regions," Loren Loverde, director of IDC's Worldwide Quarterly PC Tracker, said in a statement.