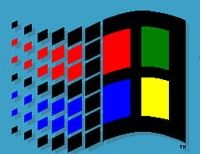 It's the end of an era, with Microsoft finally stopping issuing licences for Windows 3 software, more than 18 years after it made its début.

Although support for 3.x OS versions was ended in 2001, the BBC reports that it lived on as an embedded operating system until 1 November 2008.

It was the Windows 3.x series that helped Microsoft conquer the desktop PC throughout the '90s, bringing graphical user interfaces to an entire generation.

In its latter years Windows 3.x was relegated to such tasks as cash tills, ticketing systems and in-flight entertainment systems.

As a quick comparison Windows 3 required 640KB of RAM to function, compared to 512MB (and many would say much more) demanded by Windows Vista.

Windows 3.0 brought with it some key features, such as an icon-based program manager and a list-based File Manager.

Notepad and a word processor 'Write' were both kept on in the new graphical world and card game Solitaire was added.