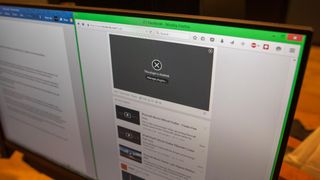 Update: Adobe has released a new update to patch its recently discovered vulnerabilities, however, Firefox has continued to block the plugin.

In case you were wondering why videos and games on Facebook aren't working in Firefox anymore, the makers of the browser have decided to disable Adobe's Flash Player for the foreseeable future.

Mark Schmidt, head of Firefox's support team, announced a new Occupy Flash movement on Twitter stating that the latest version of the browser blocks all versions of Flash Player. However, it won't be a permanent blockade.

This latest protest against Flash comes as a reaction to a recently discovered vulnerability, which allowed hackers steal more than 400GB of confidential data owned by an Italian security surveillance company named the Hacking Team.

Adobe has since released an update on July 8 to patch the critical vulnerability, which potentially allowed attackers to take full control over a computer system. However, the leaked Hacking Team files have also revealed two additional vulnerabilities that Adobe promises to fix in the coming week