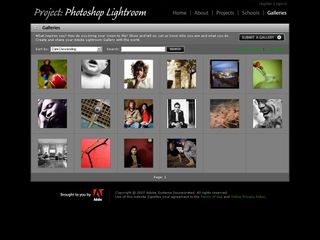 The first boxes of Photoshop Lightroom 1.0 are due to be shipped in mid-February

Following a number of beta releases over the past year, Adobe today released the first full version of its photo tool, Photoshop Lightroom. Some 500,000 beta testers have helped shape the program, Adobe said.

Featured in Adobe Photoshop, Lightroom 1.0 is an improved library function where users can search for images using keywords. The import function has been made more flexible, and images can now be saved in multiple formats.

The Develop module has also been expanded so that it will be easier to view multiple versions of a photo without having to save separate files. Various image-enhancing functions, including the ability to 'clean' old photos, have been included in Photoshop Lightroom as well.

The first boxes of Photoshop Lightroom 1.0 are due to be shipped in mid-February, but eager users can order a copy now. The introductory price is set at £147, rising to £206 in May.

The beta version of Lightroom will expire on 28 February.