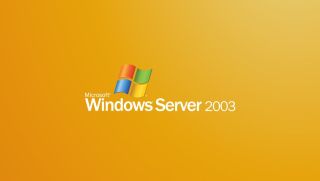 HP has predicted that mid-sized firms will be among the worst affected by the demise of Windows Server 2003 when all support ceases later this year.

Microsoft is bringing the end-of-life (EOL) death knell down on Windows Server 2003 on 14 July, 2015 and it will see all support including hot fixes and patches for new vulnerabilities come to a halt from that day forwards.

It's predicted by HP that mid-sized firms will be the worst hit and Iain Stephen, HP's VP and general manager for servers in EMEA, told V3 the number of servers that need to be updated at each firm will cause a big headache.

"The customer that worries me is the one that has 30 or more servers, probably of mixed ages, and they may have heard something about the end of life deadline, but they may not be doing anything about it," he said.

Moving to the cloud

Windows Server 2003 customers have known about the EOL date for some time and a survey commissioned by Avanade at the end of 2014 found that four of every five businesses still using it are expected to move to a new platform by July.

Another report, commissioned by the Cloud Industry Forum in July 2014, predicted that over two thirds using Windows Server 2003 intend to move to the cloud and the news came just after Microsoft upgraded its Office 365 offering for SMBs.