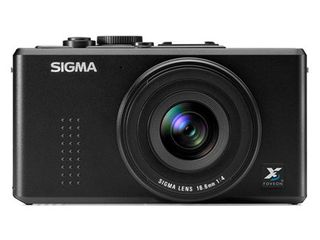 Sigma has announced a follow-up to its DP1 compact range – the DP1s.

More a tweak here and there rather than a full-on overhaul, the DP1s adds better backlit performance and a Quick Set function.

The DP1 launched back in March 2008 to universal acclaim. This very site gave it an impressive 4.5 stars, praising the camera for its "sharp" images and "awesome" dynamic range.

When it comes to the new backlit functionality, Sigma says: "The DP1s is enhanced by improved performance when shooting backlit subjects, aiding the camera's characteristics of superb resolution and richly graduated tones with a natural, three-dimensional feel.

As for the Quick Set feature, you can allocate certain functions to the zoom button on the camera for easy access.

The DP1s has the same chipset as the DP1, a 14MP Foveon X3 direct image sensor. Well, it's claimed to be 14MP but what it actually is is a three-colour 4.6MP sensor.

And the camera will also boast the same fixed 28mm lens with a maximum aperture of f/4.

The Sigma DP1s has a release date of November, with pricing to be announced. Go to Sigma-imaging-uk.com for more details.