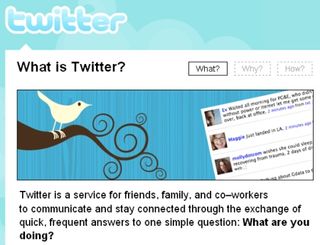 President Barack Obama has been speaking to China about the importance of an open internet, stressing that social-networking sites like Twitter should not be restricted in the country.

Speaking to students in Shanghai, Obama did admit that he didn't use Twitter himself – although there is an official, verified account in his name – but said "I'm an advocate of technology and not restricting internet access."

Obama's speech continued with him saying: "I can tell you that in the United States, the fact that we have unrestricted internet access is a source of strength and I think should be encouraged."

Although Twitter has become more known for being a playground for celebrities of late, its benefits were plain to see in the Iran elections, when the site highlighted the plight of Iran protesters in a country that seemingly advocates web censorship.