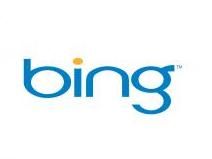 Microsoft's new search engine, 'Bing' is causing consternation amongst marketing specialists, with a number of critics pointing out the flaws in the Redmond software giant's choice of word.

Will you, as Microsoft wishes, 'verb up' and use the word 'Bing' to denote searching for something on the internet, much as we have all got used to using Google as a verb?

"Unfortunately we think the name reminds us mostly of Sopranos strippers and the guy who knocked up Elizabeth Hurley," reports Valleywag. " Microsoft FAIL!"

The new revamped version of Live Search has its work cut out for it if it wishes to claw back some market share from Google.

So what do you think? Does Bing conjure up "the sound of found" for you, as Steve Ballmer and co. clearly hope it will?

Former Coca-Cola Company marketing man Peter Sealey thinks that "Bing has no equity; it signals nothing... It is going to be an enormous expense to create an image for this thing called Bing."