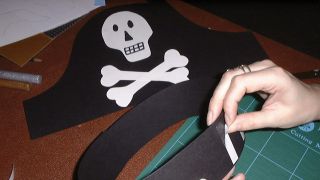 Reports that all web pirates wear these hats remain unconfirmed

New research from Google and PRS for Music reveals that unauthorised live TV streams are the biggest form of web piracy in the UK, and the fastest growing.

The study, which is the biggest of its kind to date, reveals that in the last year alone, illegitimate live TV streaming has shot up by 61 per cent with just over half of the sites examined by Google and PRS offering links to live TV streams.

The report notes that these sites reap a lot of traffic from social networks as well as offering robust mobile sites.

Premier League football streams seem to be driving this growth, prompting the FA to get involved in the research by providing a list of sites it suspects of infringement.

The British Phonographic Industry (BPI), Federation Against Copyright Theft (FACT), PRS, Publishers Association and UK Interactive Entertainment (UKIE) all provided suspects for the examination which was carried out by BAE Systems Detica.

Theo Bertram of Google said about the report: "Our research shows there are many different business models for online infringement which can be tackled if we work together.

"The evidence suggests that one of the most effective ways to do this is to follow the money, targeting the advertisers who choose to make money from these sites and working with payment providers to ensure they know where their services are being used."

The report is primarily concerned with how pirates make money and (of course) how much rights holders are missing out on, concluding that display advertising makes pirates the most plunder, although some sites also make money from subscriptions, donations and even by selling digital files.