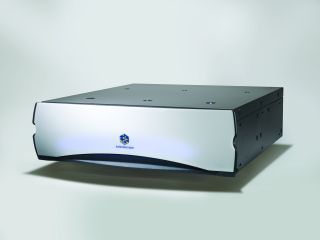 An American man has spent $3.4 million (that's £1.65 million) on a home cinema system for his house. The fitting, which took five years to complete, has just picked up the ' installation of the year' prize in the Home Entertainment magazine awards.

The room features dozens of hi-fidelity speakers, the cheapest of which cost £1,000 each. These speakers are backed up by an astonishing 24 bum-rumbling 12-inch subwoofers and an enormous HD projector.

"This multiroom system demands and deserves great amplifiers," said Kyle Griffith, the man who directed the installation of the room for an unnamed Texan man. "The least expensive speaker in the house is a $2,000 pair of CAT in-walls. When you consider that there are 38 audio zones here, that's quite an investment in speakers."

Most expensive home cinema ever?

It's not just the amazing sound and vision equipment that cost all that money either. The room has 24-karat gold gilding and handmade fabrics, with a ludicrously expensive one-piece carpet.

"It is pretty incredible how much went into this four-bedroom house," Griffith told Butterworth. "We ended up doing about $3.4 million worth of audio, video, and automation. Lincoln Dickson, the lead installer, practically lived on this site for about five years."