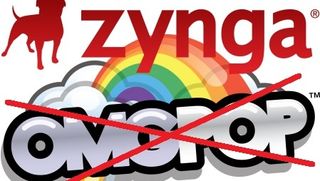 It was nice knowing ya

Despite acquiring Don Matrrick from Microsoft, Zynga is still in cut-back mode to save money.

The Draw Something franchise will live on for users to continue guessing away at epic works of art, or the more common stick figures, but Cupcake Corner, Gem Rush, Pool World Champ and Snoops will be no more.

Games will be shut down on Aug. 29 and the site OMGPOP.com will be gone Sept. 30.

Pour one out for OMGPOP, then read some more blips.