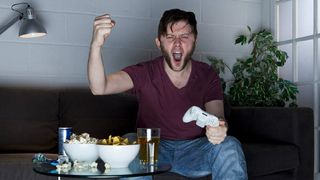 YES THIS IS THE GREATEST GAME LINE-UP OF ALL TIME

Things haven't gone too smoothly for the Xbox One since Microsoft announced it and then U-turned on pretty much everything about the console - but the gang over at Redmond isn't worried.

Speaking to CVG, corporate VP Phil Harrison said, "Ultimately it's the games that make Xbox One stand out, and we have the best line-up of games - we think - in the history of consoles."

That's right, the best line-up of games in the HISTORY of CONSOLES. We mean, sure, Zoo Tycoon, Zumba Fitness: World Party and Just Dance 2014 are good, but it's no Super Mario/Duck Hunt double, is it?

Not to brag, but we do have the best line-up of news blips in the history of websites.