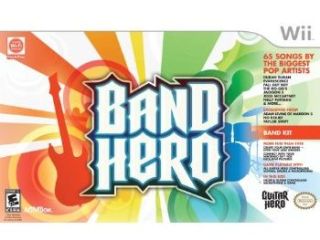 American rockers No Doubt have taken offence to Activision using their likeness in the company's new Band Hero game and are suing for breach of contract.

The band, fronted by Gwen Stefani, had signed on the dotted line for Activision to use its music and likeness in the game but are upset that their avatars can be used to play other songs not composed by No Doubt.

One of these tracks is the rather excellent Honky Tonk Woman by the Rolling Stones, a song that (shock, horror!) not only has sexual undertones but is also sung by a bloke.

This has lead to a brilliantly worded lawsuit which states that Band Hero "results in an unauthorised performance by the Gwen Stefani avatar in a male voice boasting about having sex with prostitutes."

Activision is no stranger to avatar problems. Recently Courtney Love threatened the games publisher with legal action over the use of Kurt Cobain's avatar. Ultimately, according to Guitar Hero CEO Dan Rosensweig, it was found that complete consent was given for the avatar to sing songs that were not written by Nirvana.