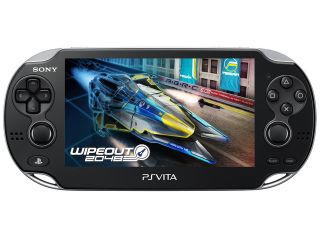 Sony's PS Vita has officially gone on sale in the UK, with some high street stores opening at midnight to allow gamers to get their eager, grasping mitts on the handheld console.

Oxford Street's Game store took it all a step further, donning a special Vita-themed costume to mark the occasion as what Game describes as hundreds of gamers queued outside the shop ahead of the midnight launch.

Zohaib Ali was the first gamer through Game's doors, nabbing a PS Vita at midnight on the dot after queuing since Sunday for the privilege. Good job he had that nice sheepskin coat to keep him toasty..

While reports from Amazon.co.uk yesterday suggested that the Vita is in for a healthy launch among dedicated gamers, we'll have to wait and see if it can muster up enough mass appeal to prove a long-term success.

We refreshed our PS Vita review with the launch software and can confirm that it's a pretty tasty slice of gaming pie, although it scored a definite must try harder in the battery life and web browsing departments.

But if you're still mulling over whether or not to pick up a PS Vita of your very own, perhaps our lovingly shot video of the console will help you decide: