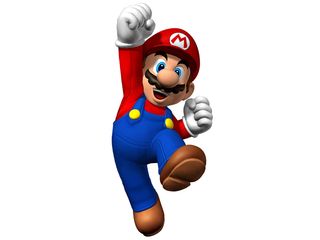 Mario Sports Mix is the name of the next Mario game from Nintendo, demonstrated by Reggie Fils-Aime at the company's E3 conference this week.

Additionally, a new Wii title called Wii Party is set to follow in the footsteps of Wii Sports and Wii Sports Resort, according to the console manufacturer.

Mario Sports Mix is set to be released at some point in 2011. Nintendo US boss Reggie Fils-Aime showed off the new game which features Mario playing a range of different sports, including volleyball, hockey, handball, basketball, and more.

Nintendo also showed off the latest version of the classic GoldenEye, much to the delight of gamers and games journalists (of a certain age).

More news on new AAA-games and new hardware and gaming tech to follow from E3 throughout the coming week.