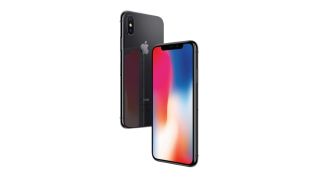 Apple is one of several American companies to formally oppose plans by US President Donald Trump to impose tariffs on $300 billion-worth of Chinese-manufactured goods.

Devices such as the iPhone famously have ‘Designed by Apple in California, Assembled in China’ on the back, meaning the cost of the Cupertino-based company’s products would be affected if the tariffs were introduced.

Trump introduced several tariffs last September, with Apple breathing a sigh of relief after its most important products – iPhone, Mac, Apple Watch and accessories – were excluded.

However, the President has said he could extend these tariffs further if trade talks with Beijing do not result in progress in resolving the ongoing trade dispute between the two countries.

In its submission to the government, Apple said that as the largest corporate taxpayer in the US, any tariffs would reduce the company’s contribution to the US treasury and give its rivals – most of whom are not US-based – an advantage in the global market.

In any case, Apple is reportedly looking to move some production away from China. It feels the ongoing risks of depending so heavily on a single country is too great and wants to diversify its supply chain.

It is thought that between 15 and 30 per cent of manufacturing could be shifted to other parts of Asia or Mexico.

Apple has also been touted as one of the American firms that could be targeted by Chinese government blacklists or trade tariffs as retribution for the US government’s decision to ban Huawei from the country.

However, such a move is opposed by Huawei, while Apple’s presence in China has created more than five million jobs.