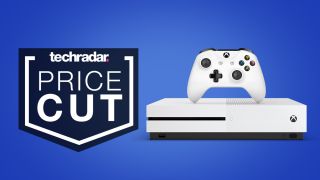 Walmart has unleashed a new roster of Xbox One deals perfect for those who missed out on last month's sales, or missed out on a console shaped gift over the holidays. That means we're seeing a return to the low $149 price tag on the increasingly cheap Xbox One All Digital Edition, meanwhile you can bag a $212 bargain with a fantastic Star Wars Jedi: Fallen Order Xbox bundle. These prices are certainly not to be sniffed at, with the fully-fledged console coming in at just $152 when you take the MSRP of Star Wars off the final price tag.

If you're looking to spend as little as possible to bag your cheap Xbox One deal, the All Digital Edition sale will save you $100 over the everyday $249 list price. It's perfect for gaining access to the celebrated Xbox Game Pass library or picking up some console-exclusives for less.

That low price is courtesy of the fact that this console does not have a disc drive. If you're looking to save on pre-owned physical games or to build up a case collection you'll want to check out the full Xbox One S bundle for $63.99 more. Plus, if you're even thinking about picking up Star Wars Jedi: Fallen Order, you'll be missing out by not going with that excellent bundle deal.

What the All Digital Edition does offer, however, is the best Xbox One deal if you're just looking to save money with Xbox Game Pass. The virtual library is comprised of over 100 of the best Xbox games, all ready for downloading direct to your Xbox One console.

These Xbox One deals have been sorely missed over the last few weeks as prices have been rising back to their usual retail positions for the New Year. It's never too late to save on a brand new console, however, so these sales could have come at just the right time for a January mood booster.

Xbox One S All Digital Edition | 3x games | $149 at Walmart
Pick up a cheap Xbox One S Digital Edition for a fantastic returning sales price at Walmart this weekend. You're also getting Sea of Thieves, Minecraft, and Forza Horizon 3 to get you set up straight away with some fantastic titles. This console has no disk drive, so if you want to take advantage of cheap pre-owned games, take a look at the Xbox One S deal below.
View Deal

If these cheap Xbox One sales aren't taking your fancy, why not check out our full collection of Xbox bundles. Or, while you're stocking up on Microsoft goodies, you'll want to take a look at these Xbox controller deals and Game Pass prices.