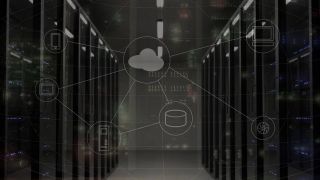 Learning the terminology in cloud computing can take a little time. The first step is realizing what the cloud itself can do for your business -- mostly, it’s about scaling computing services. The servers you use do not run locally in a data center but in a remote facility. There are options for cloud storage, compute performance on virtual servers, and running web applications.

Another important term, at least when you are considering Amazon Web Services (AWS), is an instance. This is like the digital footprint for your computing resources, including your specifications for the amount of storage, processing power, and memory. If you are a startup and have a new web application you want customers to use, you can configure an AWS instance for that application, determining the parameters for how it runs in the cloud.

After understanding these basic terms, the next step is to learn about what Amazon calls the AMI (Amazon Machine Image). In Amazon cloud computing parlance, an instance runs on an Amazon Machine Image. It’s essentially a virtual machine that runs in the cloud. Without an AMI, there would be no instances, no way to define the parameters, and no place to run a web application, store a cloud database, deploy an API (Application Programming Interface) or really take advantage of cloud computing in the first place. It’s similar to what you might view as the portion of a local server in a data center provisioned for an application.

An AMI is a template, pre-configured for your cloud computing needs. One good way to understand how an AMI works is to think in terms of a preset in a photo editing application. In Adobe Photoshop, for example, you can use a preset that automatically determines the exposure, color, brightness, and other factors of a photo. It speeds up photo editing because you can load the preset, apply it to an image, and move on to the next one.

Like cloud computing itself, using an AMI has several important advantages. Chief among these is the fact that you can rely on pre-configured templates that allow you to deploy one or more instances. With an AMI, you have the ability to quickly and efficiently determine what computing power, memory, storage, and other factors you need for your applications.

Of course, the low cost is also a major benefit. An AMI is a virtual machine that runs in the cloud, and you can deploy and configure each one according to your business needs. For massive Big Data projects, you can deploy multiple instances on an AMI and pay for the higher usage, but even a small startup could deploy instances for a simple mobile app. There are no up-front costs as you might expect from a cloud computing provider.

The AMI also speeds up configuration and deployment because the templates are well-known and defined for typical computing infrastructure needs. The alternative is much more complex. Developers would have to define the parameters they need on their own data center servers or architect the virtual servers and settings on their own. With AMI, this is all accomplished in a more seamless way, especially since other companies likely deploy similar instances.

Flexibility is the key benefit as well. An AMI can run Linux, Unix, or Windows, and you can augment the AMI with additional services. As you can expect from an Amazon service, an AMI is compressed, encrypted, and secured no matter which operating system you use.

Most of the advantages to using AMI are the same as using EC2 itself. Other than the pre-configured templates, the pay-as-you-go cost structure, and speed of deployment, there are advantages in being able to scale and experiment with new features of an app or by releasing additional apps without worrying about the infrastructure itself.

One example is when a startup decides to make a new app -- it’s always an unknown if the app will catch on with users or if they will look for new features right away if there are other services you need to deploy (say, to capture credit card information or offer a place to store files to the user). And when one app is successful and catches on, there might be an opportunity to develop and deploy more apps that are similar and provide a new host of services.