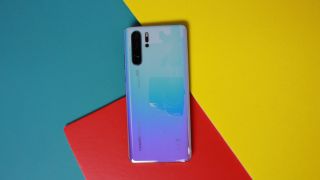 We've been hearing rumors of the Huawei P40 and P40 Pro smartphones (and, if precedent is anything to go by, a 'Lite' model too), but it seems like Huawei might actually put out a high-end version of the already high-end member of the P40 range.

This news comes from leaker @RODENT950 who posted a short tweet comparing the Huawei P40 phones to the Samsung Galaxy S20 / S11 devices, which also mentioned the 'Huawei P40 Pro (Premium Edition)' as the most top-end device.

RODENT950 doesn't have the longest track record of all the leakers out there, but they've also been right before, so they could well be right about this.

They also leaked pictures of the camera bump of each model to show the differences, which we'll share below.

If this Premium Edition actually exists, that means there would be a whopping four Huawei P40 phones – a surprisingly large number considering the Huawei ban means these phones won't have Google apps, limiting their appeal for most users.

The existence of a top-top-end phone would sort out some confusion though, as we've been hearing quite a few contradicting rumors on the specs and camera combinations of the phones.

If there were three Huawei P40 phones instead of two (discounting the Huawei P40 Lite, because there doesn't seem to be much interest there yet), it would be possible for most of the existing rumors to be true.

The name 'Premium Edition' suggests this is just a spin-off of the Huawei P40 Pro, just as the Huawei Mate 30 Porsche Edition was just a marginally different Mate 30 Pro.

But the implication of the leak is that this is a unique member of the P40 series (since it's compared to the expected Samsung Galaxy S20 Ultra, which doesn't seem to just be a Galaxy S20 Plus variant).

It's possible that this name is just an internal codename though, with a different name slated for when the devices release (Huawei P40 Pro Max, anyone?).

We'll find out for sure come March 2020, when we're expecting the Huawei P40 series of phones to launch. Stay tuned to TechRadar in the run-up though so we can see if there are more Huawei P40 Pro Premium Edition leaks, which would lend credence to this initial one.