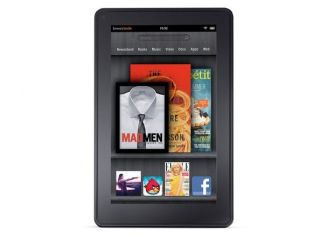 Opera has responded to the arrival of the Amazon Silk browser – which has some remarkably similar technology to the Opera Turbo feature – by praising the internet giant for 'catching up'.

Norwegian company Opera has established a reputation of providing some of the greatest browser innovations, including tabs and the speed dial – familiar sights on the likes of Chrome.

At the launch of the Kindle Fire, Amazon showed off its first foray into the browser world with Amazon Silk, which will use Amazon's cloud computer system to make browsing faster and less needful of a powerful device.

Although Silk takes the concept of a cloud browser much further than Turbo – the server taking some of the load is certainly an idea explored in the Opera feature – which compresses web pages to suit devices on more limited networks.

"You know, we're a huge player in this field," Opera's Phillip Grønvold told TechRadar. "With more than 128 million users each month using Opera Mini it is clear the market for cloud based computing is in rapid growth.

"Each month we are adding millions of users who are participating in the Web and we feel good that other big time players like Amazon are catching on to the idea."

It's not exactly a stinging rebuke – although we'd not expect such from the always-polite Opera.

But it's clear that Opera's track record of influence in the browser sphere is continuing.