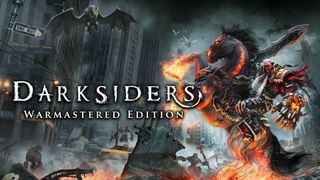 It's been a great few weeks to have been a penny-pinching PC gamer. Not only have you had the Steam sales from which to pluck your next cut-price gaming delight, but the fast-growing Epic Games Store had a sale on and was giving away a game a day as part of its Epic Games Store Holiday Sale, too.

That generosity has extended into the new year, with Epic offering up three great games at zero cost today.

The first pair is Darksiders and its sequel Darksiders 2. A mash-up of combo-based beat-em-ups like God of War and explore-a-thons like the Zelda series, you play one of the Horsemen of the Apocalypse.

If you're after something a little less hellish, the third game is Steep, Ubisoft's hugely underrated winter sports game. Perfect for those that love the idea of a January snowboarding sessions, but can't face moving away from the radiators.

How to get them

Thankfully, picking up the games is a piece of cake too. There's no hoops to jump through to claim them, other than signing up for an account with the Epic Games Store (which you'd need to play with them through Epic's launcher, anyway).

You've got until January 9 to pick the games up.

And, if you're after something specific, there are still some deep discounts to be had in the Epic Games Store Holiday Sale, too, which is running as one final 'Encore' week for its best offers.