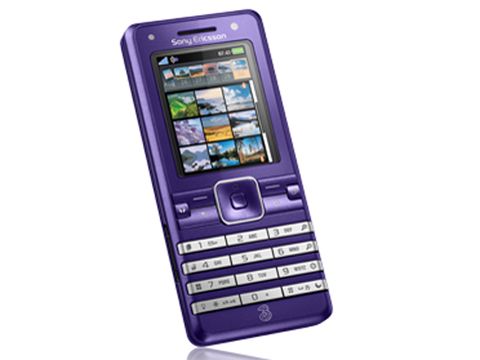 It's flush all over, with no protrusions

Not bad in all respects, but leaves you feeling a bit short changed compared to other Sony Ericsson phones

Sony Ericsson's latest midrange offering is sleek-looking bar-shape handset that fits easily in the pocket thanks to its rounded edges and slim dimensions (just 14mm thick). It's flush all over, with no protrusions, including the keypad, whose buttons sit just slightly proud, though they're tactile enough to keep you on track.

It's one of the slimmest Cyber-shot phones available and exudes minimalist cool, though the Truffle Brown version we tried (it also comes in beige, violet, bronze and black) gave it a bit of a business feel (in a good, serious kind of way).

The camera lens cover is built into the design as an elongated slide on the back that stretches over most of the back panel. While this makes it easy and quick to access the camera, we also found it to be prone to accidental opening in the pocket (this can happen even when the keypad lock is switched on).

The smallish screen offers 262,000 colours which is as good as anything Sony Ericsson is currently offering but feels a little cramped at 29x34mm. Incidentally, the D-pad is a joy to use, feeling firmer than the plasticky keypad buttons, and offering one-press shortcuts to camera album, messages, contacts and another destination of your choice.

The 256MB Memory Stick Micro supplied fits into a slot on the side of the phone, but you'll need to take the back off to get to it. And if you want to use your phone to carry music or video, you'll probably need to upgrade to a bigger card (it'll take up to 2GB cards).

The camera certainly isn't the most sophisticated in Sony Ericsson's impressive Cyber-shot range, but it's pretty good nonetheless. The BestPic feature (on the likes of the range-topping K850i), which allows you to take nine pics in quick succession, four before and four after you've pressed the shutter button, is missing, though there is a more conventional four-shot burst mode.

Still, it does have Autofocus, very useful for quick snaps which, let's face it, is the primary function of a cameraphone, and Photo fix, which enhances underexposed pics by adjusting brightness, light and contrast to make them clearer and more vibrant before you transfer them to your PC or your blog.

Fortunately, if you don't like the results of this rather crude one-touch operation, you can go back to the original version, or edit with more detail thanks to the PhotoDJ application.

There's a 3x digital zoom, but this is only available on the camera's lowest, VGA, setting and while there's no Carl Zeiss-style designer lens, it does have a flash, of sorts, though again it suffers by comparison with its brighter Xenon-packing cousins since it's only an LED flash light, and is only really effective within a metre or two of your subject.

Connectivity-wise it's tri-band with 3G (though it's standard, not faster HSDPA 3G) and lest we forget, despite its lack of HSDPA, this is a fully fledged 3G phone, with video calling offered by a minute VGA camera just above the screen.

The media player is not as advanced as those found on Sony Ericsson's Walkman series, but it's not bad by any stretch. It's easy to drag and drop music files from your PC or transfer from another phone via Bluetooth and it's intuitively laid out with the ability to search by artist or track name, plus there's a shuffle function.

There's also an FM radio and the very useful TrackID feature, which allows you to identify unfamiliar tunes - just hold the phone next to the radio (or whatever you're listening to), press the button and the track title and artist will be delivered via the internet. Very cool, and cheaper than the similar Shazam service, since you don't need to make a phone call. It's also got PlayNow, Sony Ericsson's quick access route to music online.

It will play almost all of the most popular compressed music format including MP3 and iTunes-friendly AAC, but not WMA, but for no very good reason, it comes with a cheap set of headphones which are demonstrably inferior to what you get with a Walkman phone.

To make matters worse, you're pretty much stuck with them, since there's no 3.5mm jack plug. The only possible solutions would be to obtain a set of Walkman headphones, which plug into the handset using Sony Ericsson's proprietary plug, but include a 3.5mm jack in the cord, or alternatively you could try the Bluetooth wireless option. If having music on your phone is important to you, the message from Sony Ericsson is clear - get a Walkman phone.

As well as all the usual calendar, alarms, calculator and flight mode gubbins, you also get a couple of Java games - FotoQuestFishing, which demands a bit of hand-eye coordination to photograph fish, and Solitaire 4 Pack, which, as the name suggests, offers four varieties of solo card game.

The K770i is perhaps best defined by what it doesn't have, falling between the stools of cheap and cheerful 3G handset and high-end do-it-all device. If you're happy to go for middle-of-the-road in terms of camera and music player, but which covers the phone basics nicely, then this is the one for you. If not, you'll probably prefer something a bit more basic, or one which pushes the technological envelope.