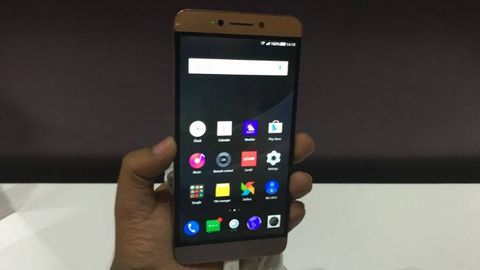 LeEco has ambitious plans for India and aims to be among the top three smartphone manufacturers in India by the end of this fiscal. The company recently unveiled it's new mid range contender - the Le 2, a complete overhaul of it's highly successful Le 1S range.

LeEco had recently launched a slight refresh of the original Le 1s in the form of the Le 1S Eco, which fared very well in our official review . The company managed to sell 500,000 units of the Le 1s range in less than 100 days, making it nothing less than an unqualified success.

However, the Xiaomi Redmi Note 3 has put a dent in the Le 1s's sales and the Le 2 aims to take the budget throne back.

The LeEco Le 2 is a overhaul of the LeEco Le1s and features a similar all metal design, an oct-core 1.8 GHz Snapdragon 652 processor, 16+8 MP cameras, 32GB of internal storage and 3GB of RAM.

The USP of the phone lies in it's 'revolutionary' CDLA audio technology and the company's ecosystem-based LeEco membership program. Users can access 2,000+ movies, 50 live concerts throughout the year, 100+ live TV channels and more than 3.5 million songs right from their smartphone. In addition, the company is also offering 5TB cloud personal space storage space.

Does the Le 2 have what it takes to continue the success seen by the Le 1s and stand out amongst recent launches such as the Moto G4 and the Moto G4 Plus, Lenovo Zuk Z1 and the recently reviewed(hyperlink) YU Yunicorn? Let's try to find out in our hands-on review.

The Le 2 looks identical to it's predecessor, with a full metal unibody design that looks and feels very premium. The build quality is fantastic, with no creaks or rattles. The design and build of the device are one of it's highlights and can easily rival any high-end smartphone.

The Moto G4 Plus in contrast, with it's all plastic construction, looks like a device from a segment below. The YU Unicorn with it's metal unibody made out of an alloy of manganese, magnesium and aluminium gives the Le 2 a run for it's money, with the Le 2 coming ahead by just the slightest of margins.

Although, the lack of any major changes when it comes to the design in comparison to the LeEco Le 1 can be seen as a negative by some.

The display is a 5.5inch, full HD IPS panel with a pixel density of 403 PPI. It also has Corning Gorilla Glass 3 for scratch resistance. In my limited time with the device, the display seemed rather impressive, with ultra-vivid colors, good viewing angles and adequate brightness levels.

For a smartphone packing a 5.5-inch display, the LeEco Le 2 is quite easy to use in hand, mostly due to the extremely slim vertical bezels.

Where is the headphone jack located? Well, there isn't one. There is only one I/O port on the Le 2- the USB type C port. LeEco has come up with a proprietary audio transmission technology called Continual Digital Lossless Audio (CDLA).

LeEco also introduced a USB type C headphone and a USB type C earphone to go along with the Le 2 and the Le Max 2, priced at Rs 1,999 and Rs 2,499 respectively. It is unclear if the retail box will come with any of these packed.

LeEco, during the launch event, spoke about how audio technology had all but remained stagnant for the past 50 years, stuck at the era of the 3,5mm headphone jack. The company claims the CDLA technology will bring about a revolution in audio, and lead it into the digital age.

I tried the headphones, which have a rather unergonomic and peculiar design, at the launch event, and they sounded crisp and detailed. However, i could not really discern the difference the CDLA technology brings in relation to the traditional headphone jack with such limited testing.

As we know very well, more than just specifications, what matters is how well the hardware and software are optimised. To see if these tall claims translate into real world performance, you will have to wait for our full review.

In my limited testing, the camera seemed pretty decent for the price, although i will have to test it out extensively for a clearer picture.

The smartphone comes with a non-removable 3,000mAh battery. The battery life of the Le1s and the Le1s Eco was solid, if not spectacular and the devices lasted a full day with moderate use. Heavy use though, killed the battery by the time the sun set.

We have to wait and see if the Le 2 improves upon it's predecessor.

The Le 2 runs on LeEco's own EUI 5.6 running atop Android Marshmallow v6.0.1. Though fast and snappy, the extensive amount of customization done by Le Eco is not to everyone's tastes. The lack of an app drawer and notification shortcuts are major irritants. Rather, the quick shortcuts are located in the app switcher screen.

LeEco has adopted to include its own gallery, music and video apps, leading to confusion between its own applications and Google's own. In fact, the default browser out of the box is not Chrome, but LeEco's own.

As mentioned above, LeEco heavily advertises the content ecosystem that you get along with the phone. Users get one-year access to the content for free along with the phone, which according to the company is worth Rs 4,900. There is 5TB of cloud storage which can be accessed after making a LeEco account. There are two main apps offering the gamut of content - 'Levidi' and 'Live'.

Levidi allows users to access Bollywood and regional movies while Live (Yupp TV) allows users access to YuppTV's entire live TV channel catalogue. A service called Le Music, which will go live in Q3 2016 will give users access to over 3.5 million songs from 25 different languages in partnership with Hungama.

In addition, LeEco will also be providing live streaming of 50 concerts around the world over the course of this year, and will also give some lucky superfans the chance to attend these concerts in person. The company claims that this is just the beginning for it's content ecosystem and much more is to come in the future.

At a price of Rs 11,999, the LeEco Le 2 seems to be a great value for money proposition. It promises to deliver great performance with the Snapdragon 652, has a fantastic display and comes with a 'revolutionary' CDLA audio technology and upgraded cameras. However, the lack of a headphone jack, and the same design as it's predecessor pull it down.