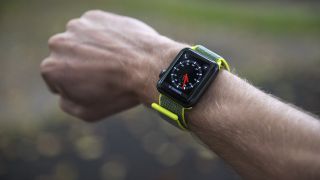 Turns out the Apple Watch may experience problems if you're visiting a hospital.

Some owners of various versions of the Apple Watch are reporting the watch enters a reboot cycle every 60 to 90 minutes when you're near some ICU (intensive care unit) equipment.

It seems to be an issue on both cellular and non-LTE versions of the Apple Watch.

Some users have even replaced their Apple Watch, but since found that the new units also have the same problem.

If you find this being an issue for you, turning your watch to airplane mode will solve the rebooting issue for as long as you leave it in that state.

That's not going to be particularly useful for hospital staff though who are constantly around that sort of equipment.

Apple has already officially noted that the Apple Watch may not play nice with medical equipment such as pacemakers or defibrillators, but it's not clear if it'll affect the way ICU equipment works.