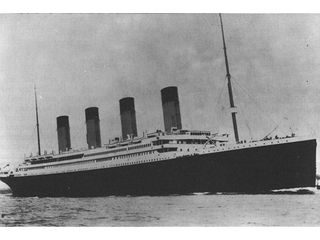 A new scientific expedition to the wreck of the Titanic is aiming to create the "most detailed portrait of Titanic's wreck site to date."

The team set out from Canada over the weekend armed with the latest sonar and high-resolution optical video technologies.

It is now nearly a hundred years since the Titanic crashed in the Atlantic, killing 1,500 passengers and crew. The ship went down after hitting an iceberg on April 14, 1912.

The wreck of the Titanic was discovered in 1985 around two and a half miles down from the surface of the ocean.

The new sonar and optical video imaging tech will allow the team to paint an incredibly accurate picture of the site of the wreck.

Christopher Davino, president of RMS Titanic, said that the scientific expedition to the bottom of the ocean:

"Will be using some of the most advanced technology available to create a portrait of the ship unlike any that has been created before -- virtually raising Titanic and sealing her current state forever in the minds and hearts of humanity."