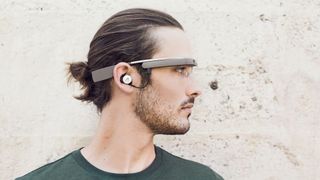 Does it get any cooler than this? Yeah, hopefully

Some of Google's coolest projects are also its ugliest products - Google Glass, for example, or even Google's self-driving cars.

Thankfully the next version of Glass could look like normal glasses, California now requires Google's cars to have pedals and steering wheels - and Google has purchased its very own design firm, Gecko Designs.

Gecko has worked on tech ranging from the FitBit Ultra to the Sonos Zone Player, so it clearly knows what it's doing.

But its work with Google will be a lot more secretive, as the designers at Gecko will go straight to the Google X research labs.

Gecko shared the news of its acquisition by Google on its official website.

"Gecko design and all of its Geckos are moving to Google(x)," Gecko Design President and Owner Jacques Gagne wrote.

"This is an incredible opportunity for everyone at Gecko," he continued. "We are very excited and honored to join Google(x) and work on a variety of cutting edge products."

Google X Research Labs is the division of Google that works on crazy futuristic projects, which it calls "moonshots," including a manufacturing robot army and high-tech smart contact lenses. It's where 007's friend Q would work if he were real.

As such we may never be 100% certain exactly what Gecko is working on, although when Google's secret projects start to look a lot better than they currently do we'll know why.