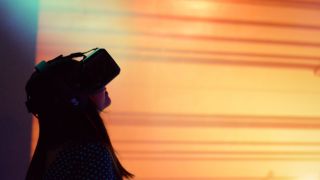 Virtual reality is said to be hitting the big-time this year, and certainly more companies are jumping on the bandwagon - with the latest firm to offer a VR headset being a Chinese security outfit, no less.

Qihoo has its own 'VR helmet display' which the company revealed yesterday alongside a flagship handset, according to a report on Shanghai Daily.com.

Details of the device are very thin on the ground currently, though. The report only states that Qihoo's new phone supports VR content, and the handset and connected VR device will retail at around $455 (about £315, AU$660) and $60 (about £42, AU$87) respectively.

So this sounds like an accessory for the handset, in other words, particularly given the pricing.
Still, it's very interesting to see a security firm diversify like this.

Qihoo, of course, is more famous for its Qihoo 360 antivirus product, which makes use of multiple AV engines to provide protection. The firm, which has been taken privately in a $9.3bn (about £6bn, AU$11bn) claims it provides security products to in excess of 500 million PCs, and 800 million mobile users across the globe.