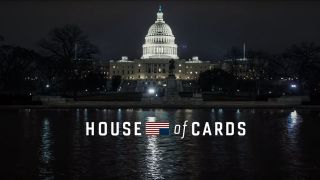 We've seen a couple teasers for House of Cards fourth season already, one presented as a campaign video and the other as a address to the nation, showing only a few glimpses at what the upcoming batch of episodes would entail.

Now a full trailer is finally here, and though it shows you a whole lot more footage than the teasers that preceded it, its rapid-fire editing might make it difficult to process on first (or second) viewing – there's just so much going on!

One thing is clear – things are not going well between Frank (Kevin Spacey) and Claire (Robin Wright). In fact, it seems like they're ready to go to war with one another.

As for the trailer's many other surprises, we'll let you discover them on your own. We suggest plenty of pausing and poring over every chilling shot.

The new season will be arriving on Netflix on March 4, and you can watch the official trailer below.