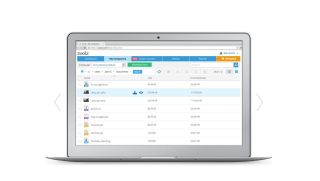 Competing with the likes of Carbonite, Backblaze and to a lesser extent, Amazon S3 Deep Glacier, Microsoft Azure Archive and Google Ice Cold Storage, Deep Freeze features a much simpler pricing structure compared to the competition.

The price includes unlimited users and servers and there’s no restore costs. You essentially pay for the storage and that’s it; surprisingly, the cheapest tier (1TB) has also the lowest per TB cost at $39.90/TB for a year. At $60 per TB, BackBlaze is its nearest competitor with its B2 offering.

Zoolz offers nine tiers between 2TB and a whopping 1PB with the latter costing a staggering $53,400 for a year. 1PB is equivalent to a pod of about 70 16TB hard disk drives with a total cost of around $35,000.

Note that like any archiving solution, you won’t be able to download your files straight away. Zoolz quotes restore times of up to 10 hours for requested files. 1PB costs about $12,000 on Microsoft Azure, $13,700 on S3 Deep Archive and $50,000 on Google Cloud Storage Coldline (although a new tier will slash that to around $15,000 before year’s end).

Remember though that these prices are only for the storage and that you will need to pay for every single action performed on any files.