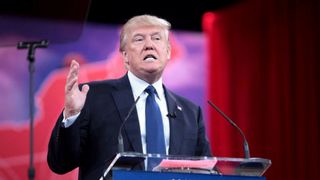 After having attempted to impose a travel ban on certain predominantly-Muslim nations, US President Donald Trump is reportedly now considering extending this type of ‘extreme vetting’ to a much wider group of visitors, including those from countries America counts as long-term allies.

While not as severe as a total travel ban, the practices reportedly under consideration would allow US border security agents to forcibly obtain phone contacts, financial data, and social media passwords and handles from visitors flying to the US. Individuals who refuse the requests could find themselves refused entry into the country.

Additionally, affected travelers may also face questions about their ideologies and beliefs, including questions regarding their belief in the sanctity of human life, their position on ‘honor killings’, and how they view the treatment of women in their society.

The Trump administration’s previous travel bans, which were imposed via Presidential executive order and have since been blocked by courts (twice), were aimed at six countries with predominantly Muslim populations. These new practises, however, could include countries participating in the US visa waiver programme, which includes the UK, Australia, Japan, France, and over 30 more.

What's mine is yours

According to information obtained by the Wall Street Journal, these new Homeland Security practices would involve asking visitors for their social media passwords and handles in an effort to “see what they do on the internet” and “figure out who you are communicating with”.

Similar comments of this nature made by the Trump administration have led US civil liberties groups and activists to suggest that the proposed protocols go beyond healthy scepticism into the realm of “excessive, unjustified scrutiny”, to quote a joint statement made by those groups.

Commenting on the reported plans, Gene Hamilton, senior counselor to Homeland Security secretary John Kelly, said: “If there is any doubt about a person’s intentions coming to the United States, they should have to overcome – really and truly prove to our satisfaction – that they are coming for legitimate reasons”.