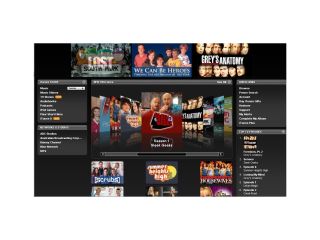 Will TV be at Apple's core?

Apple has garnered some heavyweight support for its subscription-based Apple TV service, with both CBS and Disney showing interest in the platform.

Apple TV is set to offer subscriptions to TV shows through iTunes, piggy-backing on to TV networks and offering between $2 and $4 per subscriber (a month) to the networks or a cheaper $1 to $2 to cable TV providers.

This levy would allow Apple to stock TV shows on to iTunes and stream them to paying monthly subscribers.

According to Apple Insider two of the major companies in the US are interested in what Apple is offering – CBS and Disney.

It's not surprising that Disney is in talks, considering Apple CEO Steve Jobs is on the board, but any interest from the majors in America is good news for Apple.

The all-you-can-eat service looks likely to cost, in the US, around $30 a month (again, according to Sony Insider) with no word if and when this version of Apple TV would come to the UK.

With the likes of YouTube offering free TV shows in the UK and Hulu overrun with free long-form content, Apple is going to face some big challenges in making the TV VOD market its own.