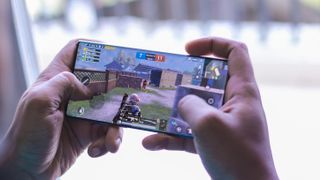 Ever since its launch in 2018, PUBG Mobile has had a zero-tolerance policy towards cheating and hackers to foster healthy and competitive gameplay. They shared more insights into how they are improving existing anti-cheating mechanisms and what’s next.

For starters, the game on its own detects tempered or modified game data. It also has a vast directory of suspicious software which is cross-referenced and is regularly updated. Using game observation techniques, the game developers can also identify players who employ suspicious or unfair means to gain an advantage over the others.

The security team also keeps an eye on reported players and bans them if found using additional software to deter from the game’s environment are banned. It is done by observing unusual bouts of lag or packet loss.

PUBG Mobile developers can enforce bans in real-time and can remove players even mid-match to maintain a fair playing ground.

PUBG Mobile regularly gets refreshed with more features that add new game modes to keep the game interesting. Even with that, Tencent's games are trying to keep up with hackers.