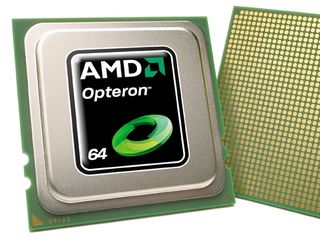 AMD is reportedly ready to make major changes including selling off factories in order to better compete with Intel.

Reuters is reporting that Two Abu-Dhabi venture capital companies (ATIC and Mubadal) are ready to invest, with one putting '$5.7 billion into the spun off factories' and the other buying AMD stock and warrants.

The company split is anything but a surprise – with analysts on Wall Street waiting for the announcement as AMD formulates its plan to wrest back some of the chip market from Intel.

Intel currently makes over 80 per cent of the world's central processor units (CPUs) with AMD taking the majority of the rest.

A series of high profile failures has not helped AMD's cause, but a more streamlined 3,000-strong company concentrating on CPUs will apparently give a better chance of competing with Intel.